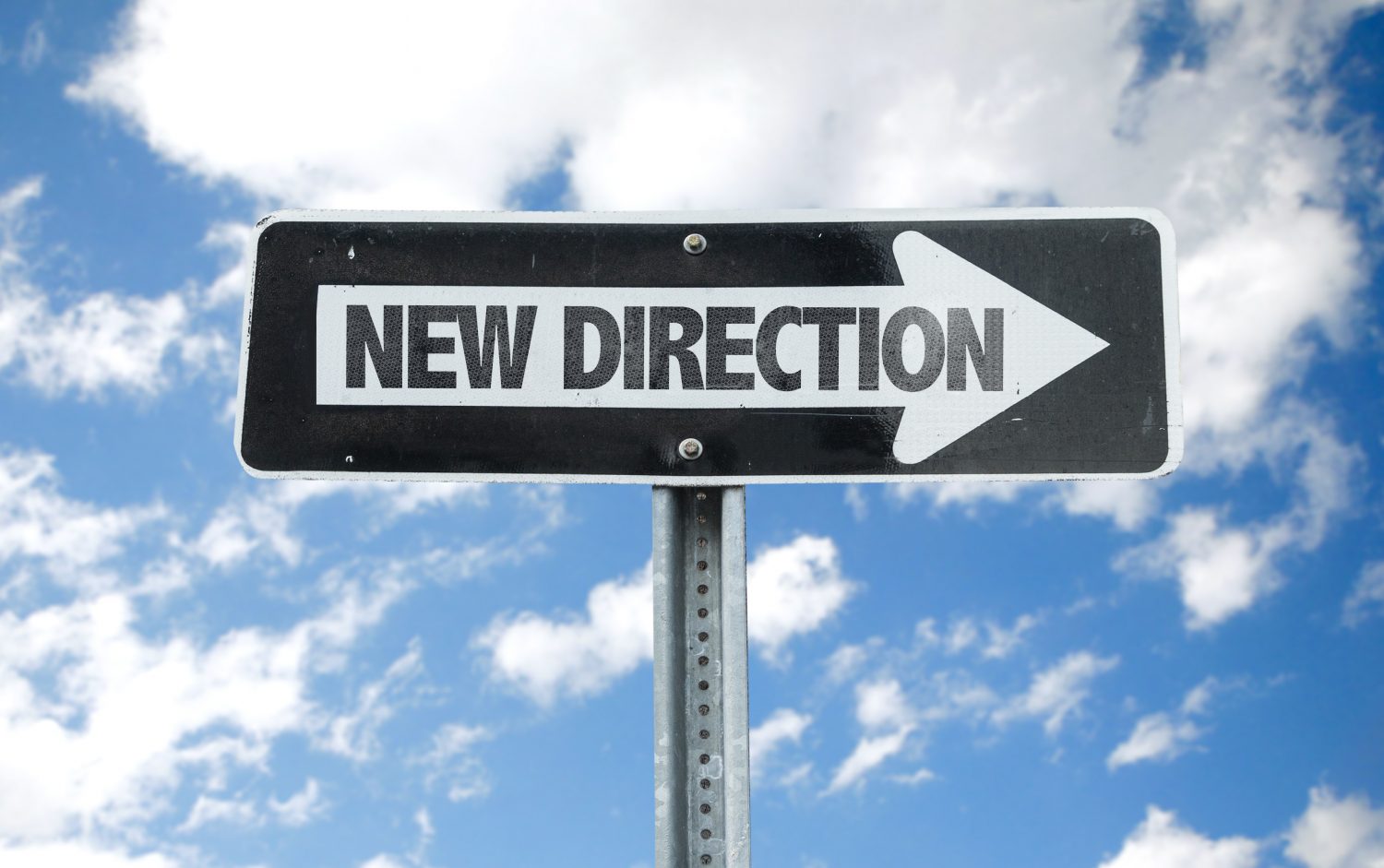 In today's world, everyone is adapting and looking for new opportunities. We're all working to keep our livelihoods going and going strong. Not one of us wakes up knowing what the day will bring, but the smartest among us are open to new ideas and possibilities.

The quality needed most right now is one we see in farmers time and time again: being willing to try new things. Smart farmers change course when it makes sense (and again when it stops making sense). Resourceful farmers are open to new and improved ways of getting the job done. They're not concerned with what others are doing; they farm in a way that works for them. This quality can pay off in terms of profit.

Here are a few inspiring growers trying new things on their operations.

Ryan Christensen farms 10 acres of alfalfa and 56 acres that rotate between wheat and potatoes in Grace, Idaho. His family developed acres of unproductive farmland into a 9-hole golf course, and through a process of trial-and-error he has embraced variable-rate irrigation as a strategy for making his farm operation even better. 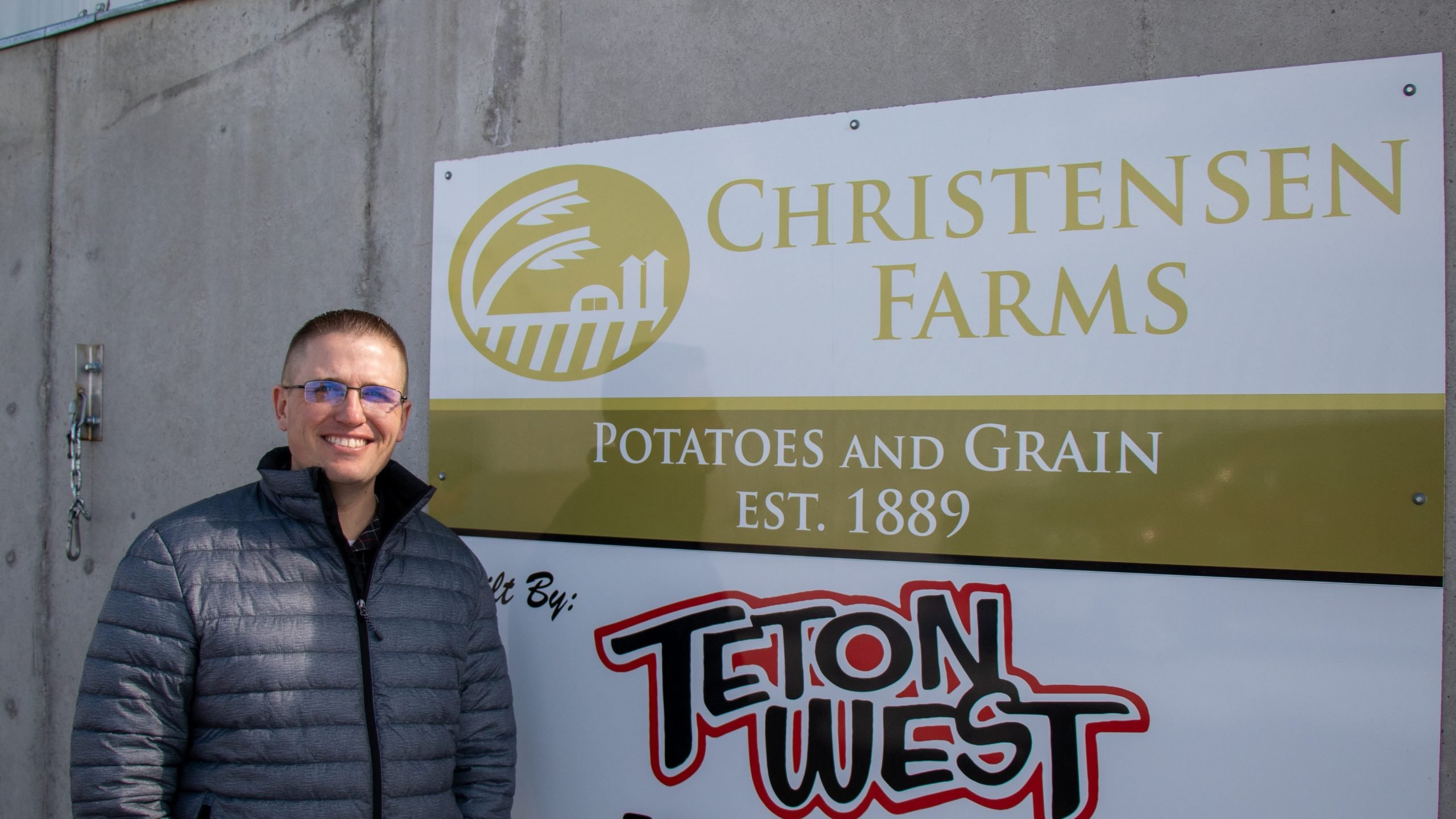 His initial investment was focused on the golf course, but as he experimented on some of his farm acres, he noticed positive outcomes worth paying attention to. The next growing season, Christensen brought in Bryan Hopkins, a former professor of his, to help with the analysis of his efforts. Hopkins believes that water is a valuable resource that is often used inefficiently. Together they’ve been collecting soil samples and analyzing data to examine the possibilities for variable-rate irrigation on Christensen’s operation.

Experts often categorize variable-rate irrigation as costly and labor-intensive, but for some growers the pay-off is more than worth it. Christensen has seen his yields go up even as his water bill goes down. And he thinks more will be trying it. “I think as more and more farmers are required by watering districts to cut back on their water usage, it’s going to be more and more implemented,” Christensen said.

Christensen has advised other growers in this area as they’ve shown interest in learning from what he’s done. He acknowledges the time investment and research involved in experimenting with variable-rate irrigation. He also emphasizes a willingness to constantly monitor and make changes accordingly.

“I think it’s been worth it,” Christensen said.

(Ryan uses Conservis farm management software to increase sustainability and get true insight into his profits and ROI. Learn more about his operation here.)

Profiled in the March 2020 issue of Working Ranch magazine, Tom and Clarion Brewer farm wheat and cattle in North Dakota. The Brewers have made a habit of exploring market niches over the years, selling their products directly to food brands and consumers. The Brewers found success with growing organic durum wheat and finishing cattle that might otherwise earn low prices at the salebarn himself. "I've always been open to the little niche market, because there's always a little premium," Tom said. 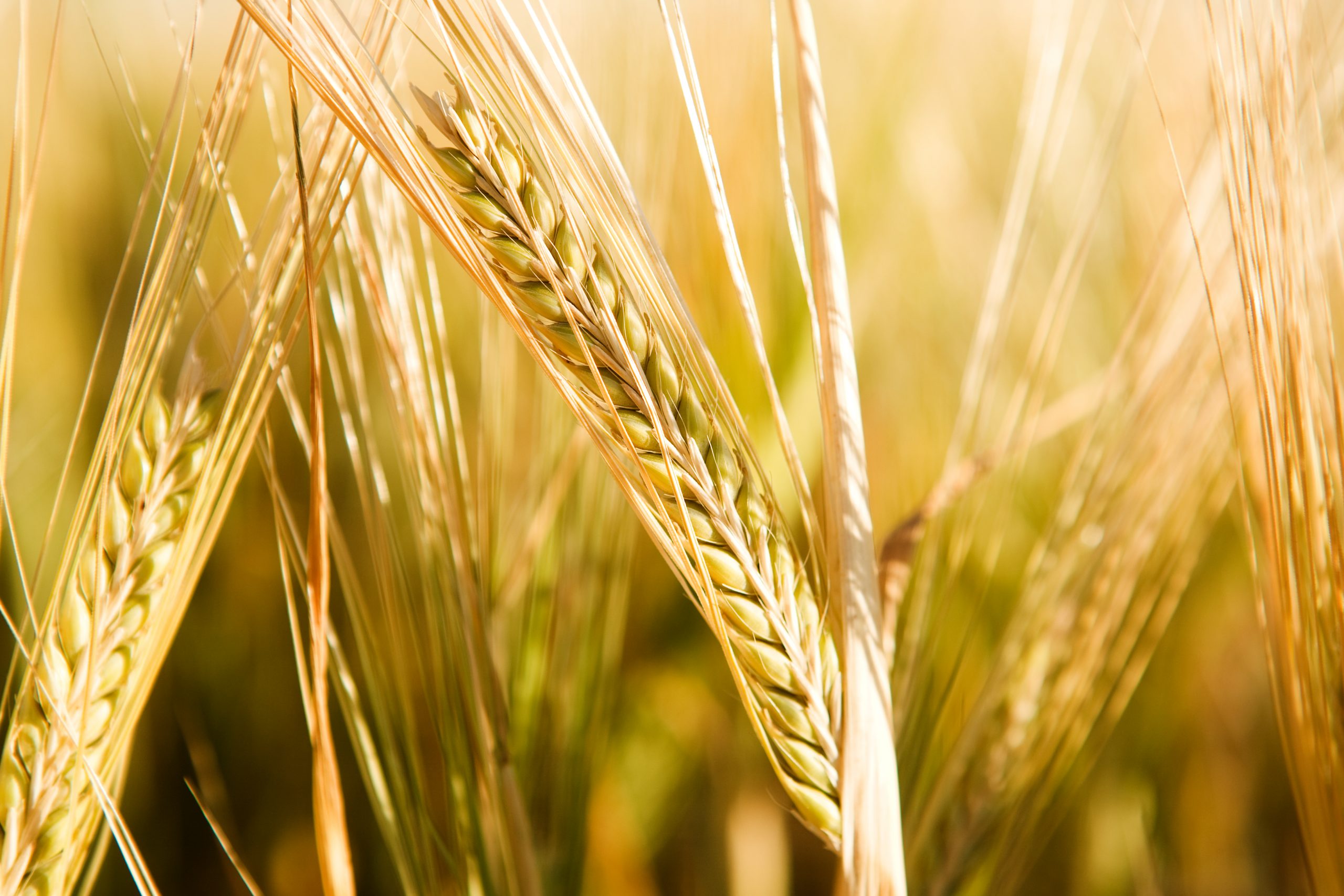 The most notable quality of their farming is their persistence and willingness to adjust course. The Brewers first tried entering the organic grain market in the early 90s, but they had a hard time dealing with the extensive paperwork and were especially frustrated with shady grain buyers. But Tom persisted. “I’ve never really been one to sit still when there’s something like that going on," he said. "So I traveled to trade shows and stuck my nose in places most people wouldn’t.” Tom’s efforts paid off: he began to find buyers for his certified organic durum harvest, including a large contract with Annie’s Homegrown, a well-known organic food brand.

The organic durum market paid great dividends for the Brewers for over 20 years. Eventually, they hit a few bumps in the road: they faced a shortage of workers along with some health issues. Tom and Clarion had a conversation, evaluated options, and adjusted course. They still run a successful ranch, focusing on their cattle operation, where they sell  through the sale barn but cull keep a number of cattle to sell directly to consumers.

Experimenting isn’t all-or-nothing, Tom muses. He encourages growers to try something new, see how it works out, and stay optimistic. “If it works for you, good,” he said. “If it doesn’t, maybe there’s something else next year.”

Hemp has been a hot topic among U.S. farmers in recent years. Mike described their consideration of adding hemp to their operation. “Hemp was a new thing for us,” he said. “But we’ve always been up to take on a different challenge of different crops.” He said they’d thought about it before: “We originally thought about doing hemp because our neighbors up in Canada have had it for 20 years.” Sproule Farms grew hemp for certified seed.

(Read more about Mike's hemp experience and his advice to potential hemp growers.) 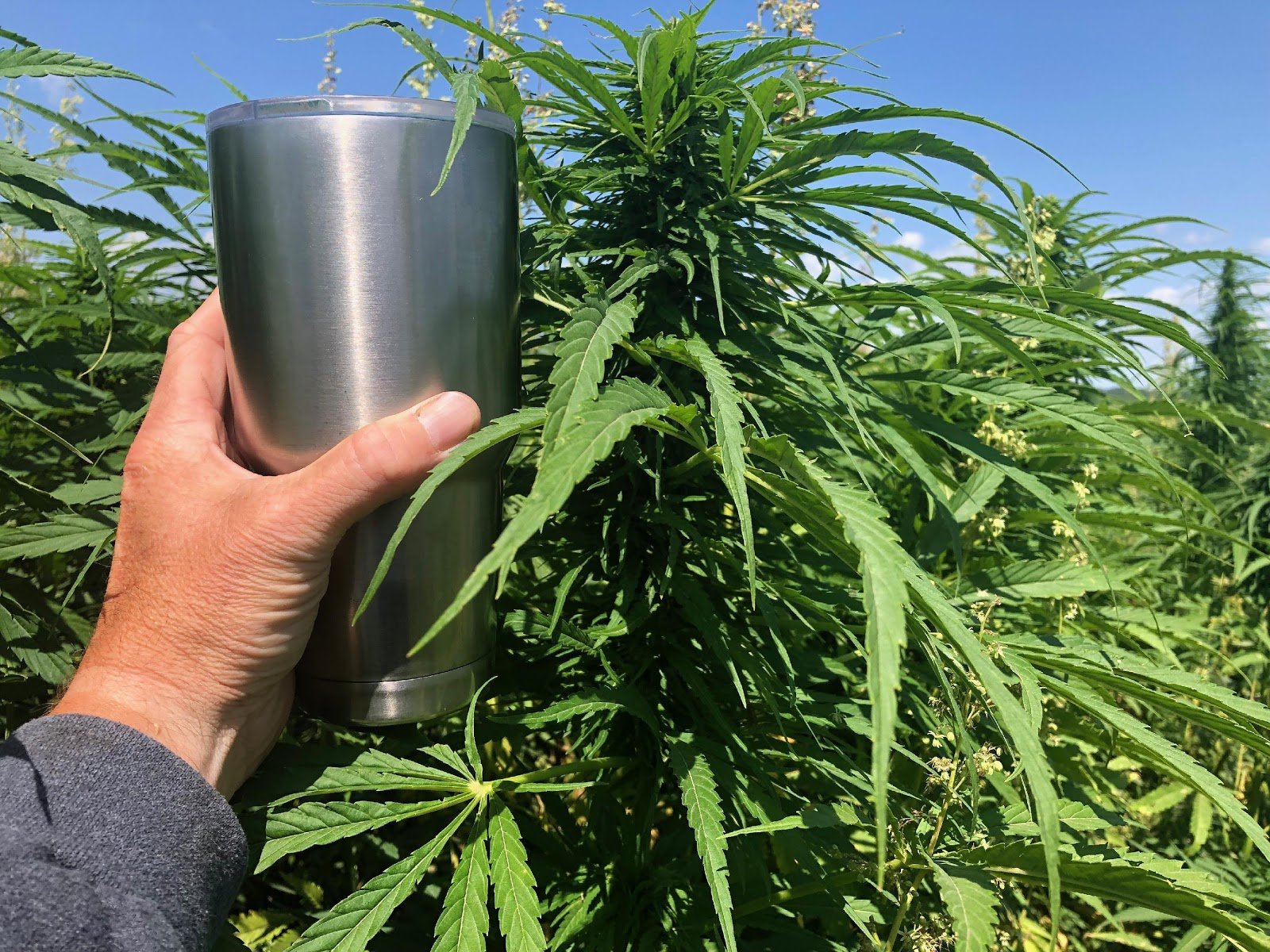 Not only did the Sproules decide to try something new, but they stayed flexible in their plans. “Originally we didn’t know how many acres we’d do. We thought we’d do a couple hundred maybe. Well, they said they had X amount of seed, and we took it all,” he said. “We planted 1100 acres.”

Mike explained that part of the reason they tried it was the low prices of everything else, but he also likes to experiment and try new things. “Right now there’s a craze with hemp. I’m not looking at it that way. I like to do things we can learn from,” he said.

When you’re a farmer willing to experiment, you’ll inevitably deal with people wondering what you’re up to, maybe even giving you a hard time. Mike said his neighbors know they’re up for trying new things. “It was mostly, ‘What are they doing now?’” he joked. The next thing was being worried about the plants getting into their fields and how they'd deal with that, he explained, but said it was mostly "coffee shop talk" in the area. “As the year went on, I think people were more interested in how it went, especially around harvest," Mike said.

Someone has to lead the way in trying new things, and farmers willing to do so will be the ones ahead of the pack. 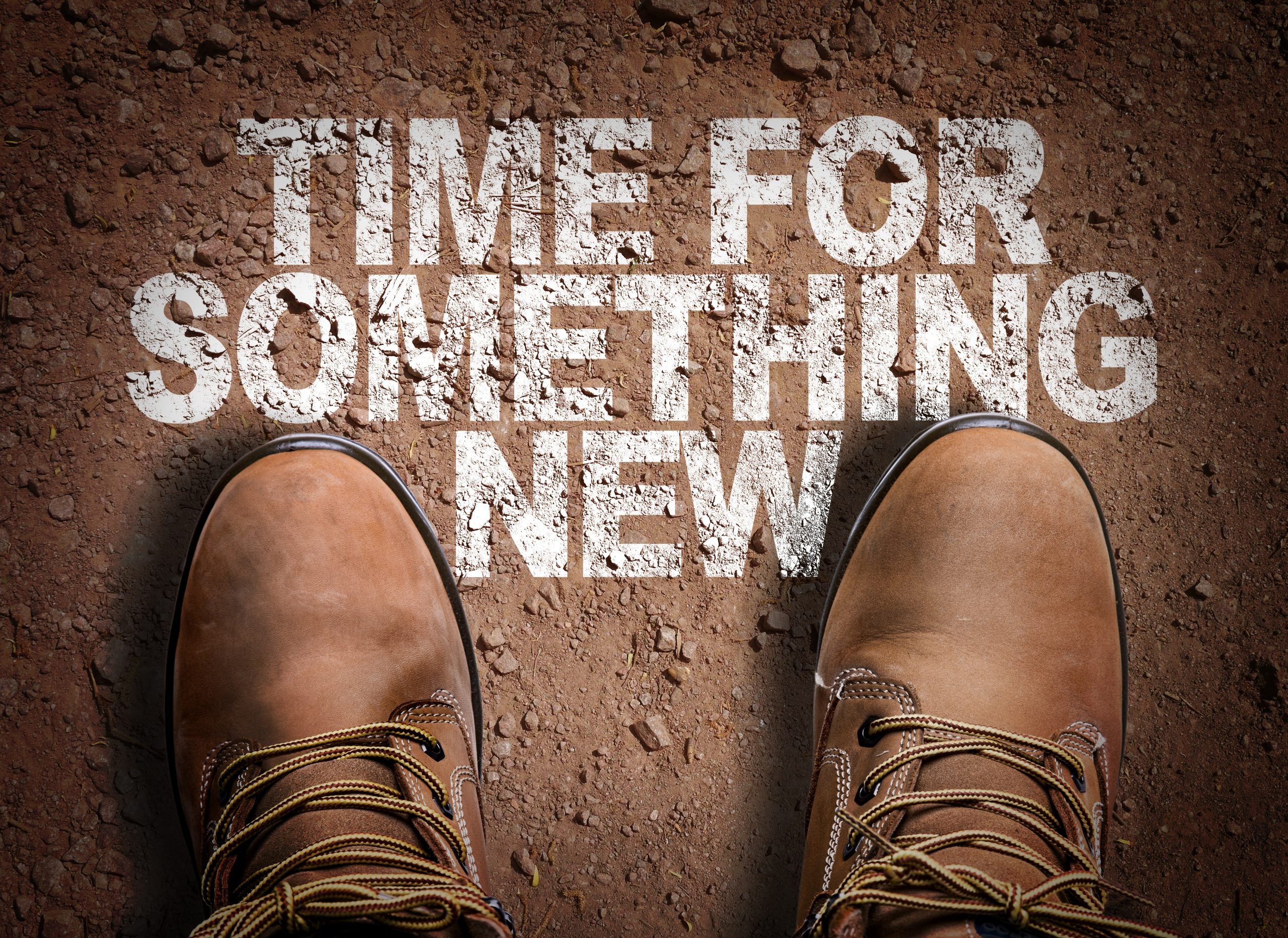 Smart farming means doing what works for you

No two growers are the same or have the same circumstances, so no two growers will have the same farm operation. Whether it’s new crops, new markets, or other new ways of doing things, smart farming is the willingness to try new things and do what works for you.

While no farm is the same, all farmers are doing the same meaningful work of providing the world's food. Conservis founder Chuck Faison likes to bike, and he described a ride in the Iowa countryside one fall. He noticed how interesting it was to watch the harvest activity as he and his group passed by both Amish farmers and large conventional farmers. “The Amish are adding a lot of value to the ag community, with heirloom varieties, organics, etc.,” he said. “It was very interesting. Everyone was just out there doing the their thing.”

No matter what your operation looks like or the changes you're looking at making, our farmer-inspired, farmer-focused tools bring information together and empower you to make profitable, data-driven decisions. Our customers are some of the most innovative farmers out there, and we're proud to partner with them.

Conservis is the leading independent farm management software. We'd love to talk with you about your operation.