Early 2020, we gathered in St. Louis at the FamilyFarms Group Winter Meeting for a panel on farm management software. It was a farmer-led discussion, and like the evolution of Conservis itself, this panel came about quite organically.

“The genesis for today's presentation started a year ago at last year's FamilyFarms Group Winter Meeting,” said Scott Schmidt, VP of Partnerships at Conservis and moderator of the panel. Last year, he and a colleague led a session on new features in the Conservis system. Scott described how a grower in the room began chiming in casually, and how responsive the room was to the back-and-forth interaction. “Somebody said something and then she said, ‘Well, here's how I use Conservis.’ And then somebody else said something, and then she said, ‘Well, here's what I do.’ And on and on,” Scott said. “Jack and I looked at each other and said, ‘This is pretty good.’”

And so the idea for this panel was born. There’s a lot more credibility when farmers hear about our tools and solutions from other farmers, instead of hearing from us. This conversation was intended to facilitate farmers hearing from their peers, about the benefits of a farm management software system.

The panel was put together with intention to be a diverse group of growers—various types of operations, folks with different roles within an operation, and varying generations. Here are the farmers who led the discussion.

The first two growers introduced themselves as Daryl Pohlman and Karmen Mehmen, part of MBS Family Farms, with a home farm in Plainfield, Iowa and land in southern Minnesota. They grow corn and soybeans, but the farm is diversified with a seed, chemical, and fertilizer dealership and a few other small companies. Karmen and her husband Stan began the operation in 1976, and Daryl is the chief financial officer. “With the distances and the locations and the different things we got going on, we've got a real need to keep track of all those things,” said Daryl. 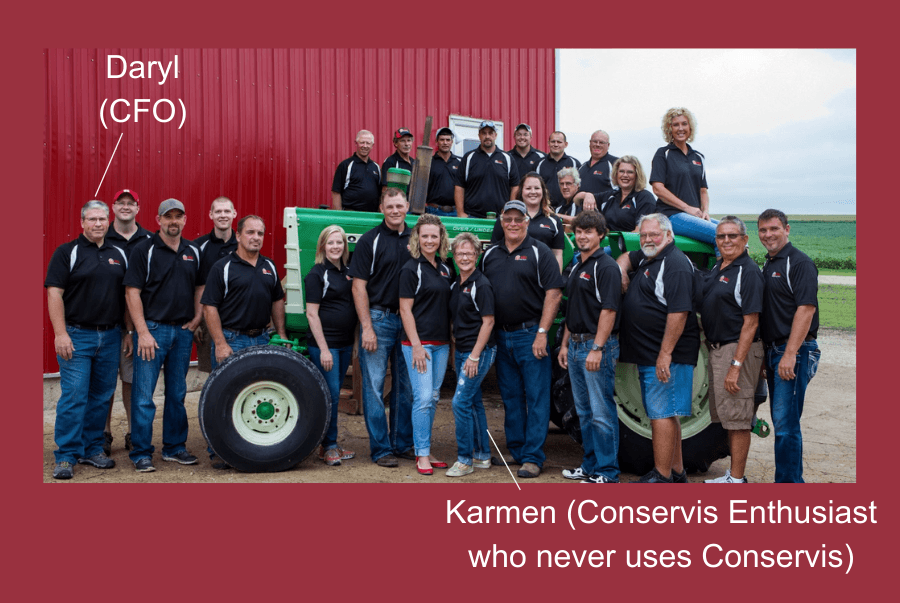 Karmen qualified her introduction to the panel. “Just so you know, I've been there when there wasn’t all this technology,” she said. “I don't use Conservis. Just know that.” She wanted the audience to know that while she doesn’t use the system herself, she has observed what it’s like to farm without farm management software, versus with it.

Dave Horras introduced himself next. He and his wife Cherie, along with is twin brother Dan, farm in southeast Iowa. Their corn, soybean, and hog operation is D&D Horras Farms. Dave commented, “Our need for data has come along ways in the last five years. Our growth has come around, and my hands aren't really on everything anymore. My wife and my brother, they take care of more of the office and data work. I'm more on the operations end.” 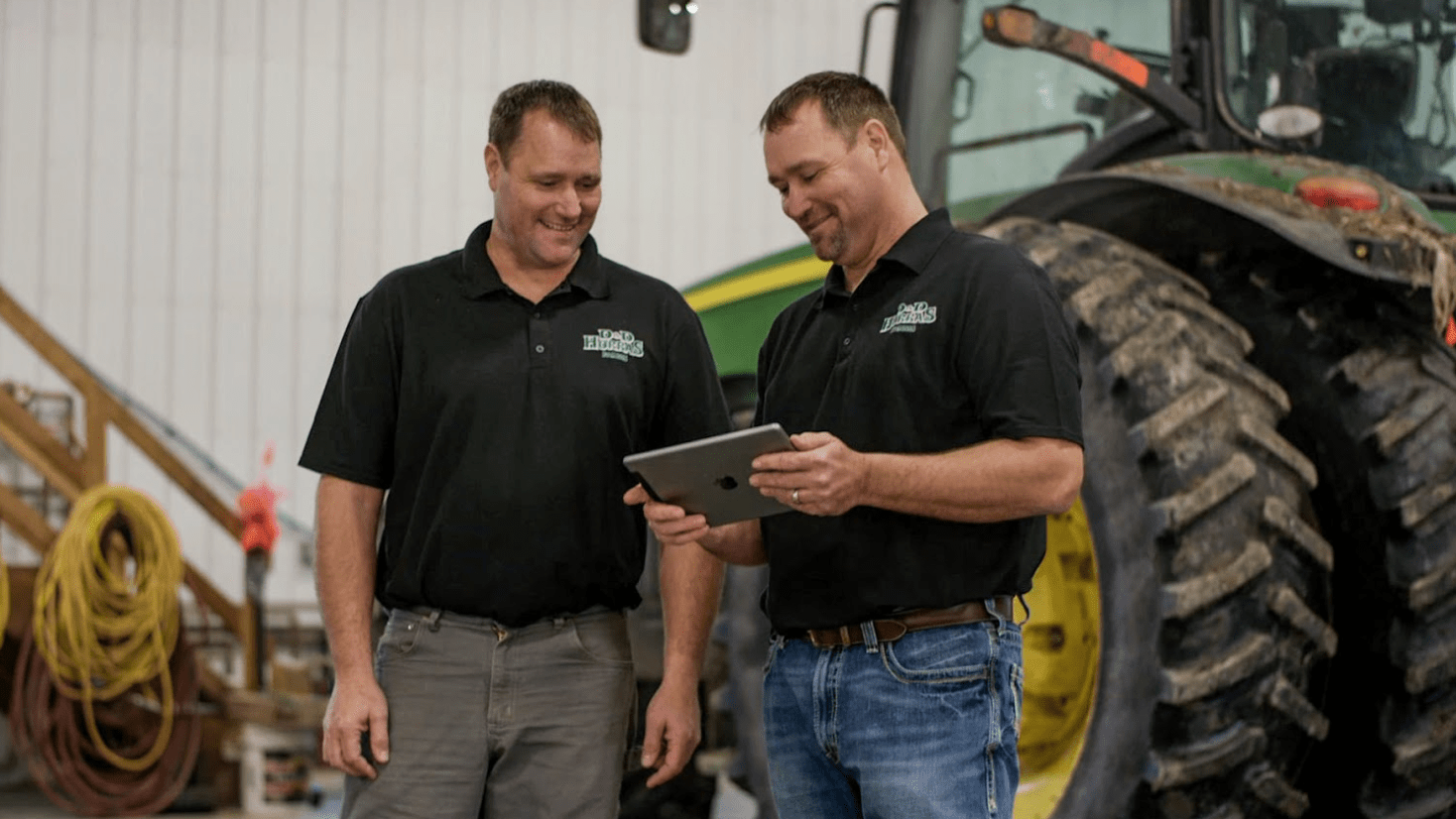 The last farmer on the panel was Cameron Gruhlkey. Their operation, Gruhlkey Family Farms, is primarily located in the Texas panhandle, in Dalhart as well as Wildorado, towns about 100 miles apart. They’ve recently began farming in Arizona, which Cameron said “has added a whole new dynamic to how they do things.” They grow corn, cotton, peanuts, sorghum, and wheat. 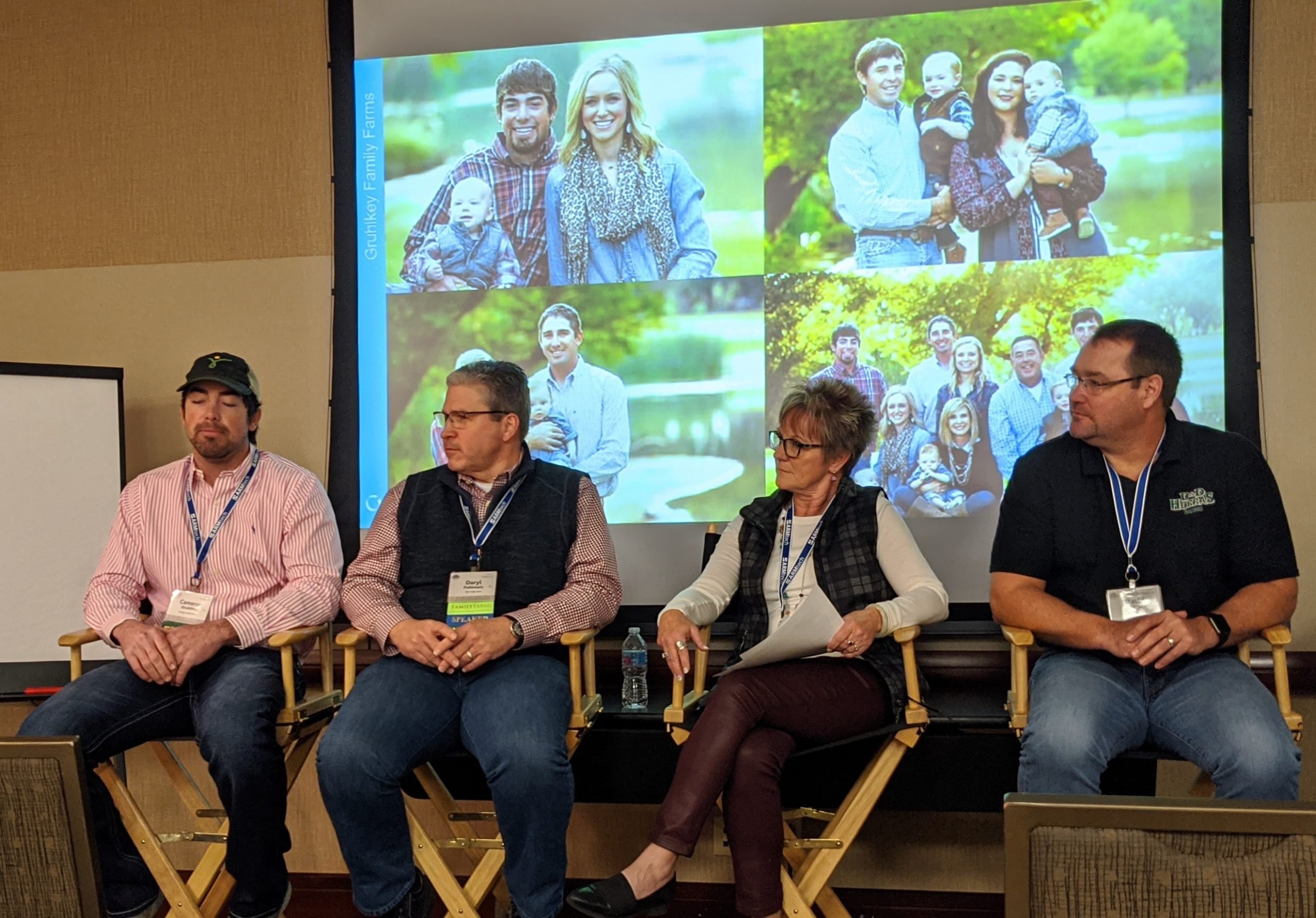 Cameron, his two older brothers, and his brothers’ spouses are all involved in the operation. He defined his role as operations manager for the Dalhart and Arizona locations. “We get along great, that's been a huge blessing," Cameron said. "We're also blessed to have a dad that let us have the reins early in our farming careers.”

FMS: competitive advantage and confidence for the future

Lots of robust and valuable conversation took place as these four growers shared the ins and outs of how they use their farm management software. But the most animated part of the discussion came at the end. “Believe it or not, the hour came and went very quickly,” said Schmidt. “One last question, and this is meant to be a little provocative. As farming evolves, do any of you see any risk to not using something like a farm management software system?”

Daryl quickly raised his hand. “I think there's a big risk,” he said. Daryl began by talking about the sense of confidence that farm management software brings. He talked about landlords, and your ability to show them you’re doing the things you need to do to make sure you’re profitable. (And that it’s all easily shareable, to boot).

“Say Joe who retired and rented you the farm, passes away, now you're working with his kids. You can show them that information from back when Joe was still alive, that, this is what we made, or this is what we lost, this is how your farm has done,” Daryl said. “I think it gives us a competitive advantage when they understand that we're trying to do things right.”

Karmen stood from her seat and chimed in with a passion, her mind on the future of agriculture.

"We just learned today that traceability and transparency are the number one things millennials want! This is what this is. We're not going to just jump to blockchain. We’ve got to do this!” 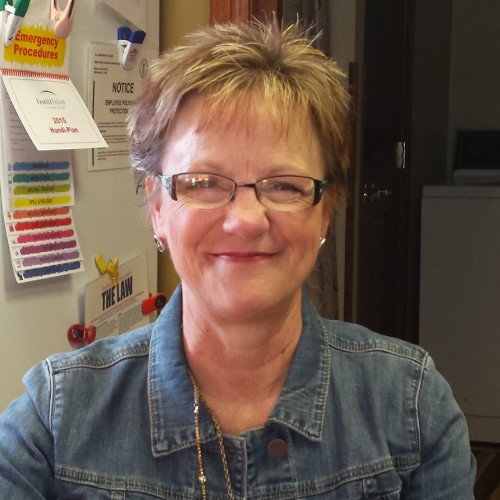 Daryl spoke up. He talked about the power of data ownership in our modern world, and encouraged growers to be in charge of and leverage their own data. “When we talk about the value of data, there are companies out there that are monetizing your data,” Daryl said. “When you have [farm management software], you’re able to show you've got your act together. And that gives you the leg up.”

Daryl continued. “It's certainly about competitive advantages amongst other land owners, amongst your lenders, all your business associates. If you want to be a player down the road, when we talk about sustainability, access to capital—the value is there,” he said.

The other growers nooded in agreement. Cameron chimed in, building on the idea of the demand for transparency. “What you said Karmen was really good. I talk to local guys around us, and you ask them, ‘What do you have in your corn?,’ and they can't tell you,” he said. “And so, I really feel, from a competitive advantage standpoint in actually knowing what you're doing, you cannot risk to not have it.”

Cameron explained how Conservis connects with so many parts of his operation, including his interactions with stakeholders. “And then too, we just use it for so many things. We're turning in production based off of grain cart scales through Conservis. They trust that. Our insurance companies trust the data coming from Conservis," he said. "We haven't ever been able to do that before. That's been huge.”

A farm before FMS, and a farm after FMS: it's an idea Karmen wanted to touch on again. She gets the resistance and the difficulty of change, but she spoke with conviction to the growers in the room. “It's going to cost money, there's going to be pain, and it's going to be change,” she said. “But once you get past that, you get more confidence, and people get more confidence in you. And it gives you the competitive advantage to be one of the last men standing.”

Conservis is the leading independent farm management software system. Wondering what we could do for your operation? We'd love to learn about you and your farm.